10 Shocking Reasons Why You Will Be Broke At Retirement. One Of Them Gets You More Money.

Retailers are hoping and praying you don't see numbers 8 and 9, but the rich wants you to see number 10. 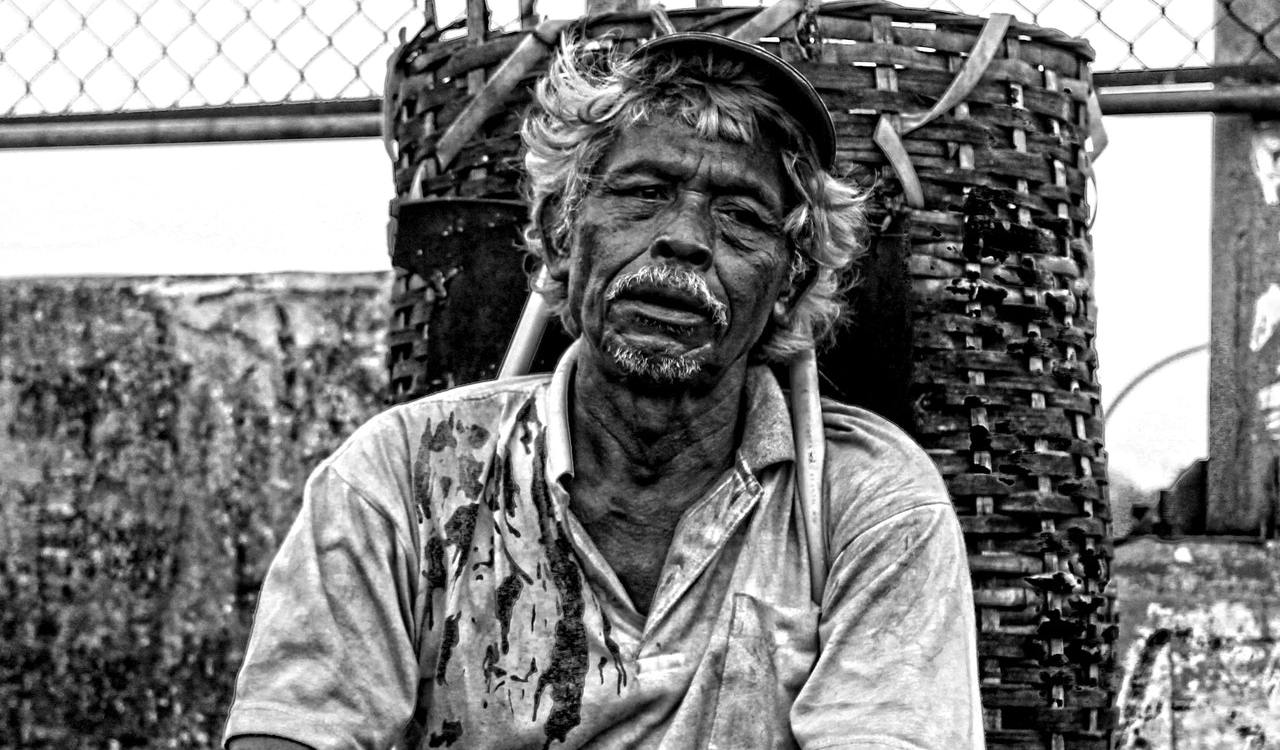 Retirement planning is a topic that causes a lot of anxiety for many people. According to an article in CNBC, most Americans close to retirement have only 12% of what they will need in retirement. Some believe that there is no such thing as retirement. Those that do believe in saving for retirement delay doing so, thinking they can always catch up or start at any time. The following are 10 frightening reasons why you will retire poor and broke and not reach financial independence.

1. You only believe in today but not in tomorrow.

Many people subscribe to the phrase "Carpe diem, quam minimum credula postero". That is,  "Seize the day, put very little trust in tomorrow". Another common saying is, "You only live once, so don't waste it." While this is 100% true, the possibility of needing and running out of money during your golden years is also real. Being broke at retirement is terrible place to be. You can simultaneously "live life to the fullest" and invest for your tomorrow.

2. You prefer the lottery over investing in the stock market.

According to a study from The Insured Retirement Institute and Center for Generational Kinetics, 15% of millennials sadly and foolishly consider the lottery as part of their retirement plan. Because they believe $2 spent on a lottery ticket is a small price to pay to become an instant millionaire, many people prefer the lottery over the stock market. Regrettably, the vast majority of people who play the lottery will never win and become millionaires! In fact, an author who studies millionaires for 5 years discourages people from playing the lottery if they want to get rich. You are more likely to win in the stock market than you are in the lottery. Your $2 lottery tickets add up over time. Consider investing that money in either a 401k, Roth, or traditional IRA account  to build sustainable retirement wealth.

3. You hate when people talk about saving and investing.

It's okay to talk about saving and investing money, as long as you don't come across as flaunting your wealth. People hate when others broach the topic of saving for retirement for various reasons. Unfortunately, such reasons are beyond the scope of this article. But if you are that person who is quick to take offense at such a subject matter because of the guilt you feel for not saving or investing yourself, you could be heading for a rude awakening  at retirement. Instead of feeling guilty, seize up on such money talks to start investing for your own retirement.

[Recommended: How I'm Prepping My Portfolio For A Biden Presidency.]

With interest rates usually in the double-digit range, credit card debt is one of the worst debt you can accumulate.  And if you only make the minimum payment, it could take you years to shell out this debt. There is not a magic number as to how many credit cards you should carry. What matters is how you use them. It's okay to have credit cards, so long as you use them judiciously. But if you treat them as your piggy bank, there is a high likelihood you will retire broke. 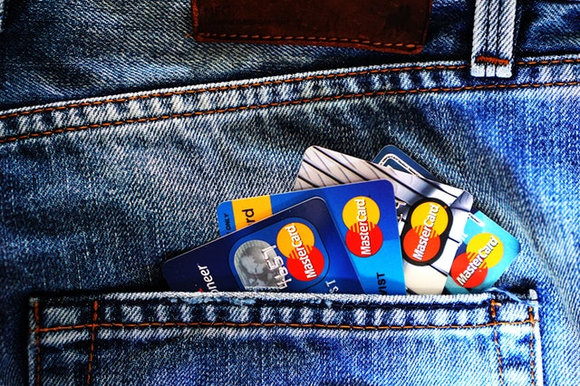 5. You're a professional spender but an inept saver.

If you are trying to lose weight but constantly consume more calories then you burn, you will most likely gain weight. You can apply the same principle to saving for retirement. If you spend more money than you save or invest, you could go broke at retirement. Curb your spending and increase your savings to give yourself a better shot at retirement. Bankrate, a personal finance website that helps you maximize your money, has drafted a detailed guide that explains the difference between saving and investing. Use that guide to help you maximize your cash and achieve your retirement goals.

6. Your salary or wage is stagnant.

Wage stagnation is a disease that plagues America, that's according to an article in Forbes. We will not delve into the reasons behind this situation. But if you are one of millions of Americans whose earnings have barely budged over the years, you can expect to not have enough money at retirement. Fortunately, you can potentially reverse this course by following the next step below.

7. You stay too long at your current job.

If you want to increase your salary and have more money to invest for retirement, it may be a wise move to abandon your current employer. According to an article published in Forbes in 2014, employees who stay in companies longer than 2 years get paid 50% less. There is nothing wrong with showing workplace loyalty. But oftentimes, this allegiance does not translate into higher annual salary increases. So, consider leaving your current job for a salary boost or stay there longer to your own retirement peril.

8. You sign up for too many retail store credit cards.

Signing up for nearly every major retail store credit card can spell trouble for your retirement. Having too many credit cards may not only be bad for your credit but also hard to manage. Besides, when you subscribe to too many retail store credit cards, you are likely to fall for the promotion blitz that accompanies those cards. You may be tempted to spend money that you otherwise would not spend, and succumb to #9 below.

9. You fall for "Spend X dollars and get Y dollars off" type of deals.

Discount deals pop up everywhere: "Spend X dollars and get Y dollars off". They even show up in the mail in big, bold, and colorful fonts. You cannot say with certitude whether or not such discounts are real. There have been many documented instances of retailers misleading consumers with fake pricing and discounts. In an article published in Money, it was noted that more retailers have misled customers with fake and deceptive pricing schemes. In fact, JC Penney and Khols are two retailers that were hit with lawsuits in 2015 for deceiving consumers with such tactics. Another problem with discount deals is they lure you into spending money you probably had no intention of spending in the first place. When you constantly fall for these so-called discount deals, you give yourself an opportunity to join others in the retirement hall of shame--broke. 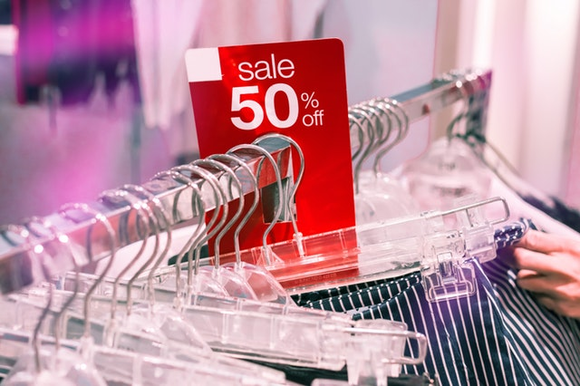 10. You hate the rich or the top one percent.

You can hate the rich or the one percent all you want, but they are not going anywhere. As regular folks, we live in their financial world. Being envious of or hating someone requires an expenditure of considerable energy. Instead of energetically and futilely becoming envious of the rich, channel that energy to find out how they became more financially stable than you are. You may be surprised to find out the amount of work or sacrifices that led to that success. Are you willing to put in the work or make similar sacrifices? As the saying goes, "If you can't beat them, join them." A great way to join the rich is to invest in the stock market. The stock market is open to both rich and poor. Fortunately, you don't need a lot of money to start investing. Try to figure out how to exist in the wealthy's world or be prepared to be broke at retirement!

Retirement is something most people look forward to but dread. It is never too late to start saving and investing for retirement. Building a retirement nest egg requires discipline and hard work, just like anything else that is worth having. Many people are terrified of retiring, fearing they will go broke at retirement. If you are a person who exhibits the 10 attributes outlined above, you may very well be on your way to being broke at retirement. You don't have to be broke during your golden years. Take charge of your own financial future. Start investing today.

Please share this article. Here are a few other articles you may find useful: 3 simple ways to handle stock market volatility | 4 smart ways to both invest and pay down student debt | A simple portfolio to supercharge your returns | How to invest $50.

How do you feel about this post?
Happy (3)
Love (0)
Surprised (0)
Sad (0)
Angry (0)
Tags:
Financial Independence Credit Cards
Get $100 Worth Of Your Favorite Stocks With SoFI. ...
How to Withdraw and Transfer Assets from Acorns to...

Investing is one of the more effective ways to build wealth. Anyone can invest. Let's dot it together. By the way, cash is trash, not king!

Is The FIRE Movement A Huge Success In The US?

5 Proven Tips To Help You Develop A Money Mindset To Reach Financial Independence.

No comments made yet. Be the first to submit a comment

By accepting you will be accessing a service provided by a third-party external to https://newvestor.com/

Let's Get in Touch

© 2020 NewVestor.com. All rights reserved. Content presented here is for informational purposes only. We are not a certified financial advisor. Full disclaimer.